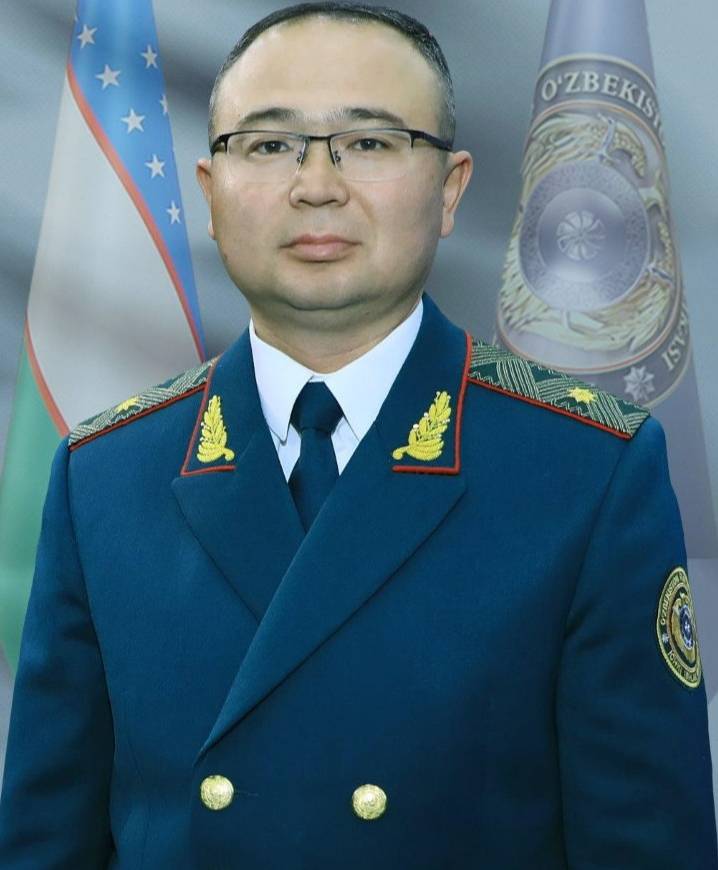 On October 11-15 this year, the X international police forum was held in Beijing to mark the 70th anniversary of the University of the Ministry of public security of the people's Republic of China. This event was attended by representatives of state educational institutions from more than 30 countries, including the delegation of the Academy of the Ministry of internal Affairs of the Republic of Uzbekistan

The forum was opened by the President of the University of China CAO Shiquan, who paid special attention to the need to improve the level of training to combat the existing threats of modernity in the period of global changes in the world and to establish mutual cooperation and exchange of experience. After that, the reports of the invited guests were heard.

The head Of the Academy of the Ministry of internal Affairs of the Republic of Uzbekistan, Lieutenant General Bahodir Matlyubov, speaking at the forum, sincerely congratulated the guests and staff of the University on its 70th anniversary.

– Close ties between our countries were established in the era of the great silk road,-said Lieutenant General B. Matlyubov. – Today, relations between Uzbekistan and China are rapidly developing on the basis of mutual trust and friendship. The work carried out within the framework of the project "one belt – one road" gives its positive results in the educational sphere. Year ago between the University MOB of the PRC and our Academy, the interior Ministry signed a Memorandum of agreement has been reached on further expansion of ties in education, training, mutual exchange of students, technical and scientific cooperation.

Within the framework of this cooperation, a group of professors-teachers Of the Academy of the Ministry of internal Affairs and cadets in April–may 2018 took advanced training courses at this University. In July–August of this year, a month-long course was organized for Chinese students and colleagues in our educational institution. During the classes, representatives of the University were able to get acquainted with the national system of training, modern stages of development, history, traditions and customs of Uzbekistan.

As part of the event, the forum participants were provided with information about the training system at the Academy of the Ministry of internal Affairs, and a special film was presented. Also on the forum with the report has acted the Deputy chief of personnel administration of MOB of the PRC, curator of educational institutions Yanchao Chen, Director of the Department of human resources University police by Denmark's Peter-the Sign of Ekeberg and representatives from nearly 20 other States. They focused on such topical issues as expanding cooperation, promoting best practices, wide use of innovative technologies in the process of training, adaptation of modern forms and methods of education to the practical activities of law enforcement agencies, training, retraining and advanced training of personnel.

On this day, the heads of educational institutions discussed another important issue – the organization of a New forum for international cooperation in the field of police education. The main goal is to establish mutual cooperation in the educational and scientific fields, to train highly qualified police personnel to fight crime and ensure public order, to improve the skills of professors, teachers and students, to exchange experience in the use of advanced pedagogical technologies. At the forum, the participants were provided with detailed information about the goals and objectives of the new project, and discussed the draft Regulations of the forum.

According to experts, the Forum for international cooperation in police education is important in the integration process. Because, based on the generally recognized norms of international law, according to the principle of "Mutual equality, cooperation, assistance", it pursues such important goals as advanced exchange of experience, popularization of scientific research results, further development of cooperation in this field, strengthening of mutual respect and friendship between the participating States, expansion of ties in the educational direction and other important goals. In accordance with the Forum's Regulations on international cooperation in police education, the forum's President, Vice-Presidents, Executive Committee and observers were elected in a consultative manner at the meeting.

During the Forum, the head Of the Academy of the Ministry of internal Affairs, Lieutenant General Bahodir Matlyubov, met with the President of the University of China CAO shiquan. The parties discussed the current state and prospects of cooperation between educational institutions of the two countries. They exchanged views on the project of an Innovative educational complex being built by Chinese specialists at the Academy of the Ministry of internal Affairs. It should be noted that this project is being implemented in accordance with the agreement between the governments of the Republic of Uzbekistan and the people's Republic of China. The task of the Innovative educational complex is to provide high-quality education to students and cadets of the Academy in the relevant specialties, the formation of skills in them that contribute to the successful performance of their duties in the future. According to the project, a complex will be built at the Academy of the Ministry of internal Affairs, including a Situational polygon and a modulation and simulation Center.

- Built for integrated special tactical training of cadets Situational training ground And the center of modulation and simulation will contribute to improving the effectiveness of training in the fight against crime, ensuring public safety and maintaining public order, effective monitoring in various extreme situations, the adoption of operational, service, management decisions in the implementation of measures to prevent and eliminate subversive actions. The most important thing is that with the construction of the complex, it will be possible to conduct training sessions in conditions close to reality, which will serve to improve the professional skills and training of future employees of the internal Affairs bodies – " Cao Shiquan said.

It should be noted that the forum meetings were held between the Academy and the delegations of Malaysia, France, Qatar, Jordan and Armenia. Representatives of these States expressed great interest in the ongoing reforms in our country's educational system and training system.

In other words, the meetings, discussions and debates held within the framework of the three-day international forum opened up ways to further improve the system of training qualified personnel for law enforcement agencies. Within the framework of the forum, an agreement was reached to hold an international forum of police education on an interstate scale next year. Finally, applications were accepted from educational institutions from more than 20 countries to join the new forum.